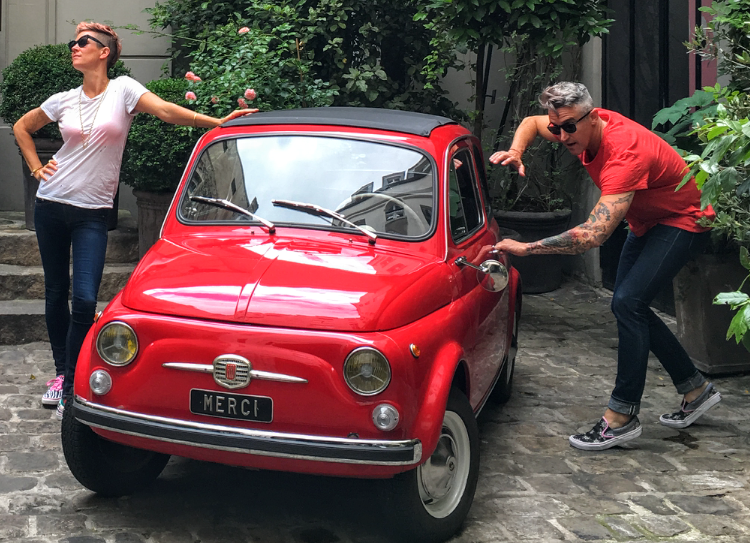 We are two Americans, living in Amsterdam, making wine in Australia...

Makes a ton of sense, right?

Whelp, when you travel approximately 250 days a year, you can pretty much make your home anywhere there's a great airport, and Amsterdam is a stellar town. So then, why do we make the huge trek down to South Australia?

(The Rza Block), and are super passionate about sharing what we make with the world. But before we get into all that, a little bit about us...

While Richard was catching lizards & crashing bikes in the desert, Carla was wrangling horses & waves in California.

Who knew they’d someday collide in a flurry of light, rivaling Butch Cassidy and the Sundance Kid as the finest accomplices to roam the land?

Their paths took them separately through all sorts of twists & turns; Carla to NYU for acting & Richard nearly became an attorney (that would have been very bad.)

Anyways, eventually they figured out that you can have a damn fine time (& make a living!) throwing a good party, thus, they found their way to wine.

Carla served the stuff up at some tony joints in NYC for a while (The Spotted Pig, The Breslin, The John Dory Oyster Bar), while Richard found the dearth of oxygen & excess of disposable income in Aspen more suitable to his wine service.

Then, on one hot, muddy & muggy afternoon

they found themselves in the same park at the same time &, well, Carla was wearing this hot pink tank top & pouring excessive quantities of sherry, & that was it. Boom. They were on their way to the sun.

After banging around the solar system for a while they realized they needed gas money or at least a break on the wine, so they asked themselves ‘how do we make our own supply from which to get high?’ Whelp, turns out they both love the same wines & Richard had a little experience making this & that, so they headed to OZ to make some dee-lish hooch, & that’s what this site is all about. After all, Wine is a Grocery, Not a Luxury.

So read on & get thirsty.